The city of Lutsk in northwestern Ukraine has seen its fair share of upheaval and bloodshed over the course of its long history. Located near the borders of Poland and Belarus, it has been invaded and occupied by numerous outside forces over the centuries – most recently by Nazi Germany and the Soviet Union – before finally becoming part of an independent Ukrainian state in 1991.

Today, this city of roughly 217,000 has a different claim to fame – as the Drupal Capital of Ukraine, with numerous developers working in the city. And despite the war that has enveloped much of the country, Lutsk continues to thrive as a local hub for Drupal developers, bringing in important foreign capital for a country facing difficult times.

Between seven and ten Drupal-based development companies are situated in Lutsk at present. Among the most prominent and prolific is DevBranch, which has 49 employees, mostly Drupal developers. In addition to serving clients directly, DevBranch partners with agencies from across Europe and North America – with Evolving Web being among their key partners since 2019.

Ivan Doroshenko is among the DevBranch developers who work closely with Evolving Web. A graduate of Lutsk National Technical University with a master’s degree in automated management of technological processes, Ivan began working for DevBranch shortly after graduation as a Drupal developer and contributor and has been working for Evolving Web from his Lutsk base for three years.

“At this moment, we have a team of three DevBranch members working for Evolving Web,” says Ivan of the partnership.

“The partnership started before the war and has remained strong. Some of our fellow companies lost business due to clients being scared off by the war, but fortunately, that hasn’t been our situation.”

Ivan notes that the “Drupal Capital of Ukraine” moniker his hometown possesses – a factoid that even the city’s Wikipedia page asserts – is indeed factually accurate.

“It started as a local meme among our DevBranch team in the late 2010s. Then we actually counted the number of firms located here and realized it wasn’t just a meme but a statistical fact, so we started promoting it.”

Being situated in the far western region of Ukraine, Lutsk has thus far been minimally impacted by the Russian invasion, although the city did suffer two Russian missile strikes in March 2022, one of which killed two Ukrainian military members and wounded six others when an air base in the city was attacked.

Ivan says life during the conflict was extremely stressful in the early days, but that life is now mostly normal.

“During the first days of the war, it was very hard to work. I couldn’t focus. But after a couple of weeks, things got back to “normal”. In general, the city was affected, with many people moving to Poland and elsewhere in Europe during the early days. But these days people are returning home and in general, things are back to normal. Restaurants and cafés are open again, and most local businesses operate normally.”

Normal, however, doesn’t mean detached from the conflict that continues to inflict suffering on thousands of Ivan’s compatriots to the east and southeast. Many local businesses are prioritizing supporting the war effort, either through volunteer work or charitable donations. Meanwhile, children are required to carry emergency supplies in their school backpacks should they be caught in an air raid.

Air raid sirens are also a regular reminder of the war embroiling the country, although Ivan says he and his colleagues barely notice them anymore.

Work continues to keep Ivan busy in these calm but uncertain times. Current projects on his plate include work for the City of Hamilton, Sollio Cooperative Group, York University and McGill University. With the normal rhythms of the year disrupted for so many Ukrainians, he worked straight through the summer, only recently taking a short break.

“In Ukraine, there was no spring and no summer this year,” he explains. “In August I realized summer was almost over so I took time off to go to the lake and tried kayaking for the first time in months.”

While life may have returned to more-or-less normal for Ivan and his fellow Lutsk-based developers, he is likewise aware that things could change for the worse at any time and that things are bound to get more difficult as fall turns to winter.

“I am preparing myself for the worst,” he says.

“Winter is going to be hard. Things are going to be complicated. Our energy supply has been undermined by direct Russian attacks on critical infrastructure. Our economy has declined and will continue to drop. And of course, much of the country is now occupied, whole areas have been destroyed. In the end, I’m confident that we’ll get our territories back but it’s not going to be easy.”

Ivan expresses gratitude to Evolving Web and other DevBranch partners from overseas who have not only stuck with their Ukrainian collaborators but also contributed to the Ukrainian cause in a number of important ways.

“Our partners have been very understanding from the beginning. They understood that we wouldn’t always be available for meetings, due to all of us being involved in local volunteer efforts. Our clients have not only stayed with us during the war, but many have donated money to defence funds that support military units. Our partners never gave up on us, and for that I’m grateful.”

For those eager to help the Ukrainian cause, Ivan says several good charities are out there. The best known of these is the Come Back Alive foundation, which was founded back in 2014 when Russia first invaded Crimea and war erupted in the Donbas region. Through international donations, Come Back Alive purchases equipment that helps save military lives, including thermal imaging optics, quadcopters, cars, and security and intelligence systems.

Other organizations doing similar work in Ukraine include the Serhiy Prytula charity foundation, which, like Come Back Alive, directly funds military equipment such as communication and optical devices, drones, UAVs, transport and tactical medicine. Another group recommended by Ivan is Hospitallers, a volunteer organization of paramedics also founded back in 2014 that provides invaluable frontline medical support.

“Any contribution helps,” says Ivan. “Even your support on social media helps, as people see this. It’s been deeply gratifying to see the support from Evolving Web and elsewhere.” 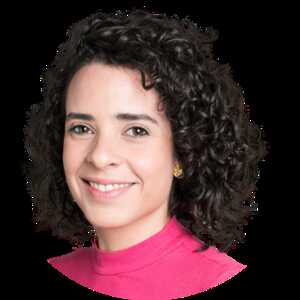 About the author, Pierina Wetto

Pierina is the driving force behind our training program and supports Evolving Web's involvement in the Drupal community.